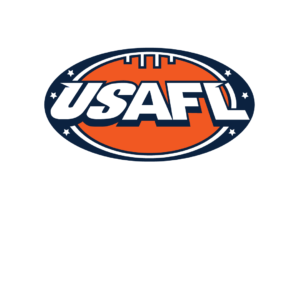 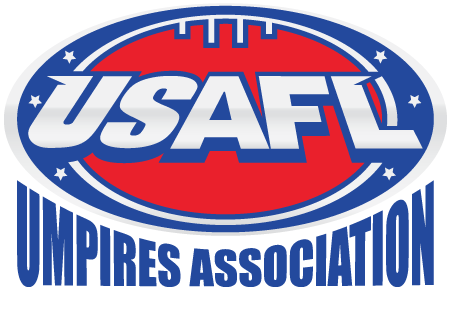 Millsy Turns the Page, while Laurie Rupe Steps into the Umpire Association Presidency

On Monday, at the USAFLUA Annual General Meeting (AGM) held on-line, Millsy gave the Umpires Association a unique and very personal account of his history with the USAFL and the USAFLUA, especially reflecting on his tenure as the first and only President of the USAFLUA. Stating with certainty, Millsy said, “I will now be assisting rather than managing” in the future. Millsy is confident that he will continue to be active as an umpire and continue his passion for the sport and backing of the USAFLUA Board of Directors.

Millsy’s concluding remark, as noted in the minutes of the USAFLUA AGM….

The full text of Millsy’s message to the umpires is listed below.

Laurie is a USAFLUA Field Umpire – Level 2, while also holding a Level 1 Goal Umpire accreditation. Also known as “Boom Boom” on the grounds, Laurie played on the Minnesota Freeze side, before she took up umpiring. Laurie was one of the 2017 International Cup Umpire scholarship recipients, traveling to the IC17 in Australia. Laurie can’t always see the AFL in person or on television, but when she does, she favors the North Melbourne Kangaroos.

Joining the USAFLUA Board of Directors for the first time is Adam Alverez, a member of the New York Magpies. Adam was voted onto the Board as a Member at Large. Adam has been umpiring for 4 years and is a Field Umpire. Adam is a proud Brisbane Lions supporter, looking for great things from his team, in the coming weeks, especially considering the unplanned, but very welcome home field advantage.

Incumbents Jason Sherlock, Secretary, and Ryan Minmier,  Member at Large,  were voted in for an additional two-year term.

The other USAFLUA Board of Directors and Portfolio members include:

A letter from “The future Ex-President”…

20 years ago, when I started my footy umpire career, I compared my experiences with everything officiating footy with everything refereeing soccer which I had been doing for 20 years prior. And what I found was areas that were lacking, unsupported, and not formalized.  I was determined to help correct these deficiencies and so I arrived at the 2007 Nationals in Colorado Springs with not one but two different drafts of USAFL Umpires Association By-Laws.  I presented to these to the tournament umpire organizers and was advised that this was in order and taking shape.

Four years later, there still were deficiencies and no formalized Umpires Association.  But a funny thing happened in 2011.  I was offered the IC11 umpire scholarship.  And during the two weeks in OZ, I had numerous conversations with Jeff Persson over the direction of umpiring, organization, league affiliation, goals, etc.  We both came home very determined to get an Umpires Association off the ground and one that co8uld help address the many areas that needed support.

It took considerable time, effort, planning, coordination, and frank discussions to get us to our official formalization and elections at the 2013 Nationals.  I could not have been more proud to see all of the hard work put in by so many come to fruition that evening.  I was honored and humbled when I was elected as the UA’s first president.

The first years were very busy and very hectic ones as we organized, coordinated, and implemented.  Many of the goals and ideas that Jeff and I discussed in OZ were starting to take shape.  We knew others would be long term goals, some perhaps too lofty to ever think possible.  Still, we persevered.

And now, here we are seven years later, and I want to tell you that we are not done.  While I have seen many of my goals and ideas implemented, not all have been realized yet.  There is so much more that needs to get done, that needs to happen, that needs to be accomplished in this organization.  But when Laurie Rupe approached me about running for President almost a year ago, I knew that a majority of my work was complete as others were now prepared to take our Association onward and upward.  And while I will continue in my efforts to make our Association the best it can be, I will now be assisting rather than managing.  I cannot imagine a person more qualified, more dedicated, more driven to be our Association’s President than Laurie!  I support her 110% and I ask you do the same.  And not just her but everyone on our Board.  We can only grow and improve as a group.

It has truly been my pleasure to serve the individual umpires, the Association, and the USAFL these past seven years.  You put your trust in me and I hope I did not disappoint.  I want to thank all of my current board members as well as former board members who made my job not seem like work.  During this time, we worked hard and we had fun.  A lot of fun!!!  This position has brought so many wonderful people in to my life.  From all around our country and the world!  I cherish the friendships I have developed and look to nurture them as well as new ones forever.