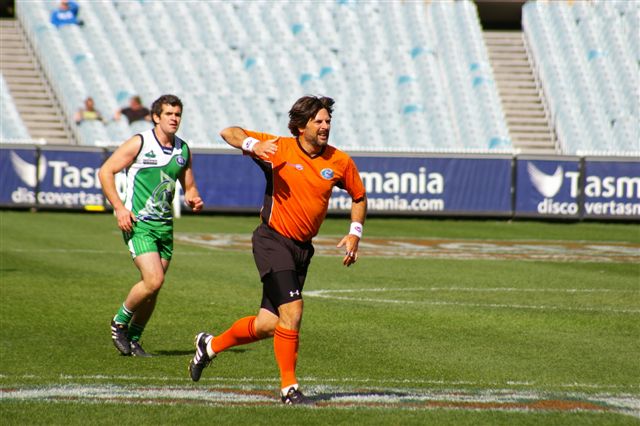 Other Umpire Club membership: None

Willing to travel, outside of Regional and National Tournaments: Yes

Jeff started playing footy with the Nashville Kangaroos in 2000 and has played over 150 games for his club. He started his umpiring career in 2001 and has more than 300 total games and 30 international games to his credit. He served on the Kangaroos bard for 12 years, including 5 as president.

Jeff lives in Nashville, TN and travels extensively for work and vacation, having been to 49 states and 19 countries. He currently works for Xerox Business Services. He is known for doing the New York Times crossword in ink and and is a movie and theater buff.